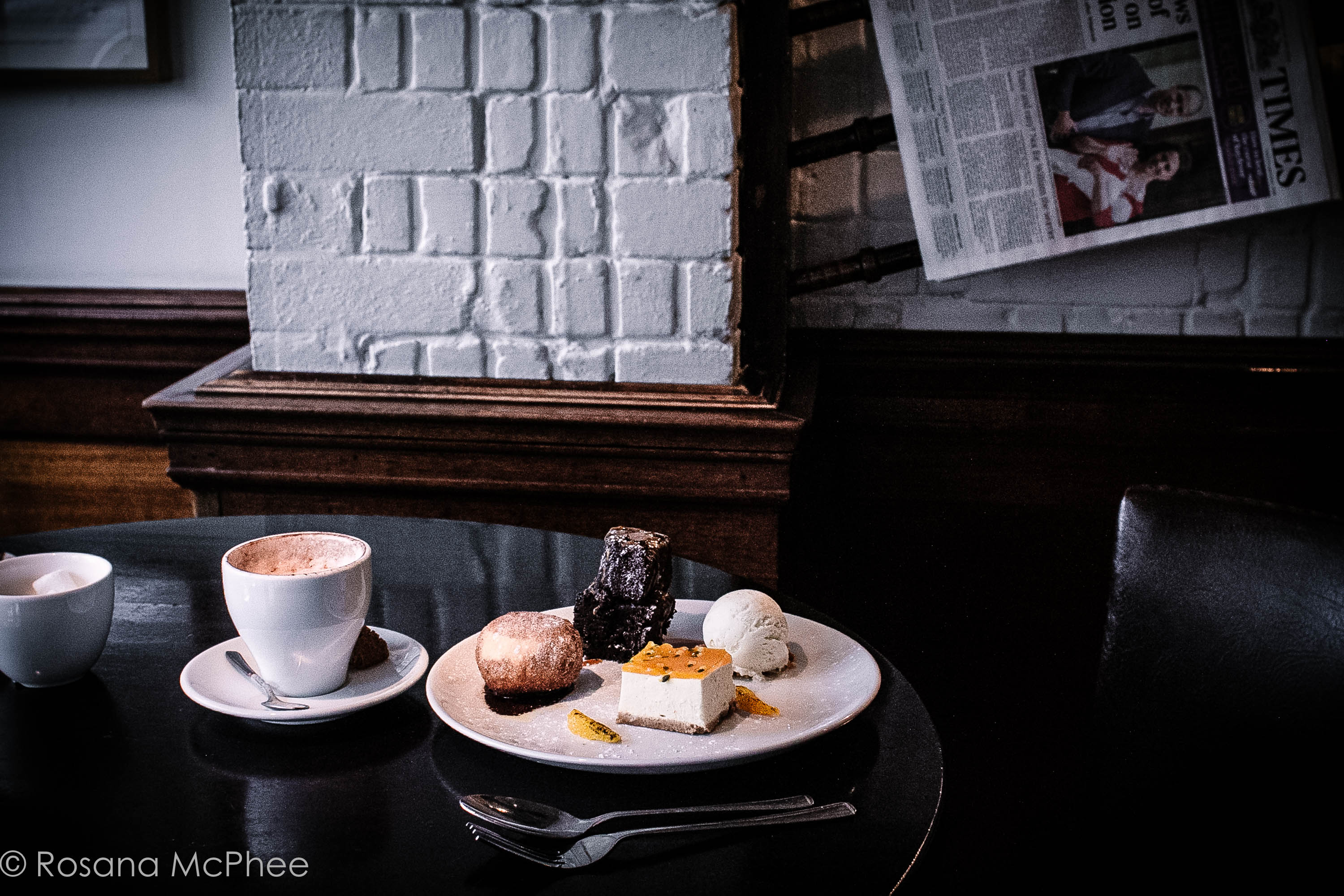 Just a short ride from Brixton, where I live, is the neighbourhood of Crystal Palace, one of the highest point of London and an area that has lately developed into a shopping and dining destination. I have heard about Joanna’s Restaurant in Crystal Palace before, and I was curious to check it out. Located in the same site for the last 40 years, it has stood the test of time and is a firm local favourite with beautiful views of London. The best spot for views over London is a table set by the large front windows of Joanna’s!

Joanna’s used to be half of the space it is today but a few years ago the lease of the shop next door became available and the owners took a leap of faith and extended the establishment.

It’s aesthetically pleasing and it has an atmospheric decor with thoughtful details such as the artwork peppered around the walls, including commemorative drawings from some of Joanna’s past birthdays. These small details bring warmth and friendliness to the place. The wood furniture and panelling also give the place a cosy feeling. Walking into Joanna’s you feel the cordial hospitality emanating from the staff.

This year Joanna’s 40’s year-old celebrations included a ‘vintage specials’ menu. It boasts their most beloved dishes, including the Classic Prawn Cocktail and the same Chilli con Carne recipe that featured on their inaugural menu. How cool is that?

I had the opportunity to taste their seasonal a la carte menu last week. It’s quite comprehensive and covers most of the dietary requirements. They also have a set menu of two courses from Monday to Friday at £18.50 (April 2018) very reasonably priced. 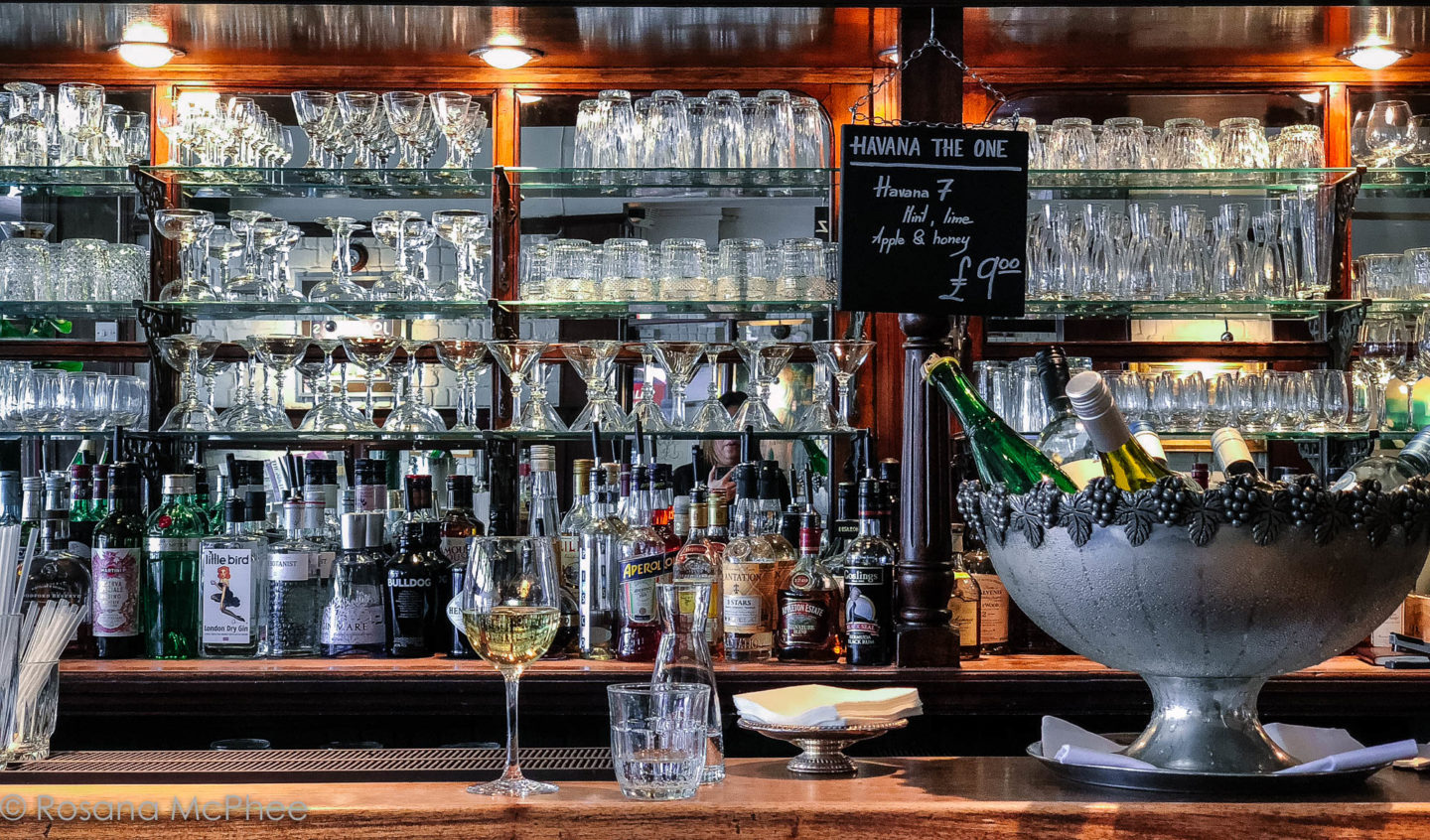 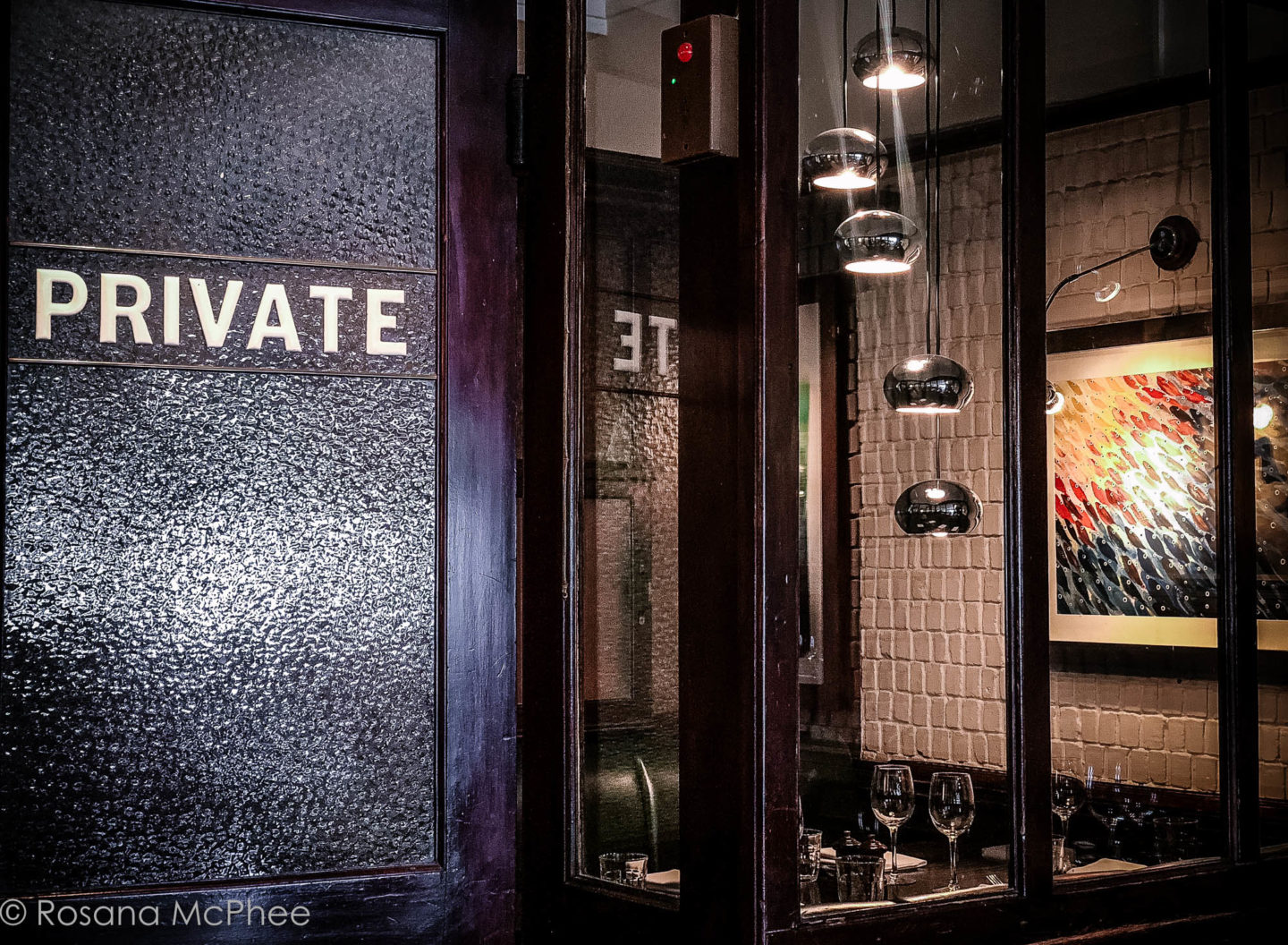 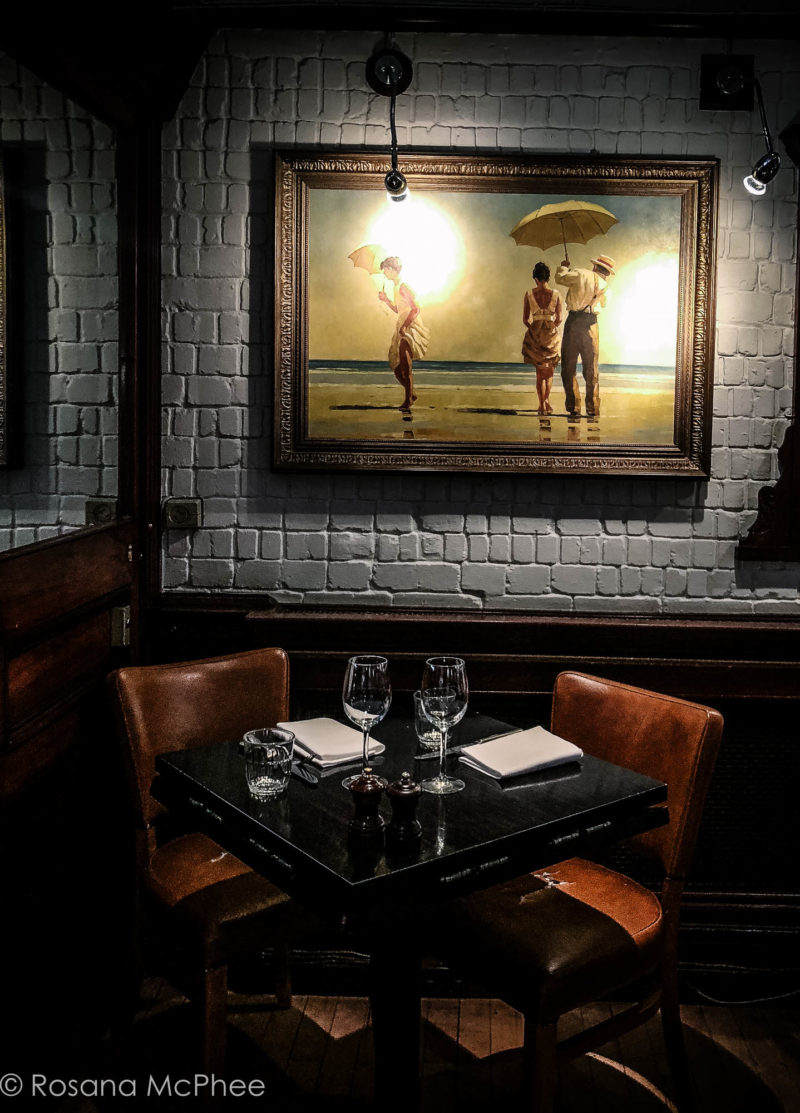 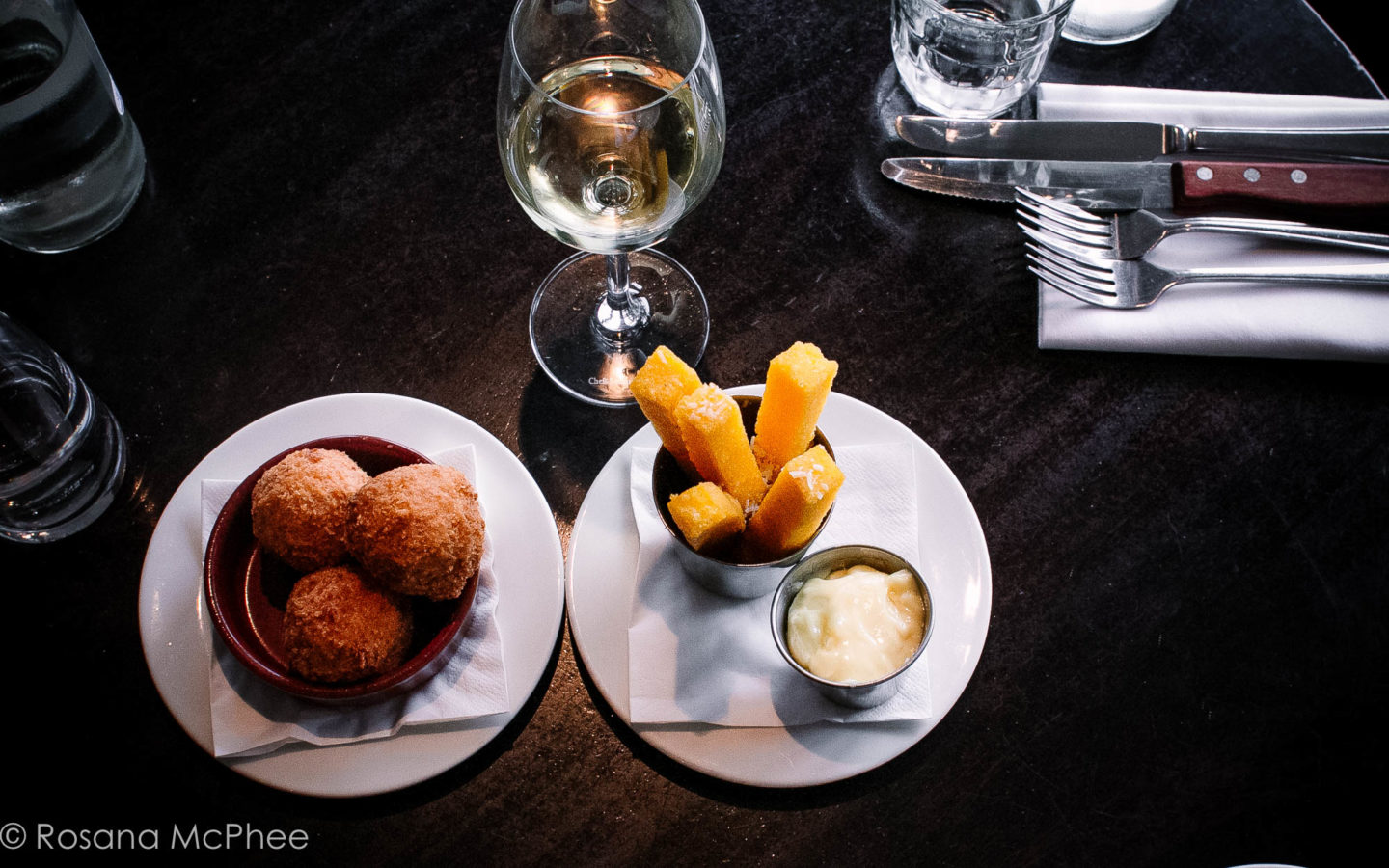 I enjoyed the snacks – I am a fan of polenta, so it was a winner for me. The arancini were lovely, crisp and look at that cheese pulling! 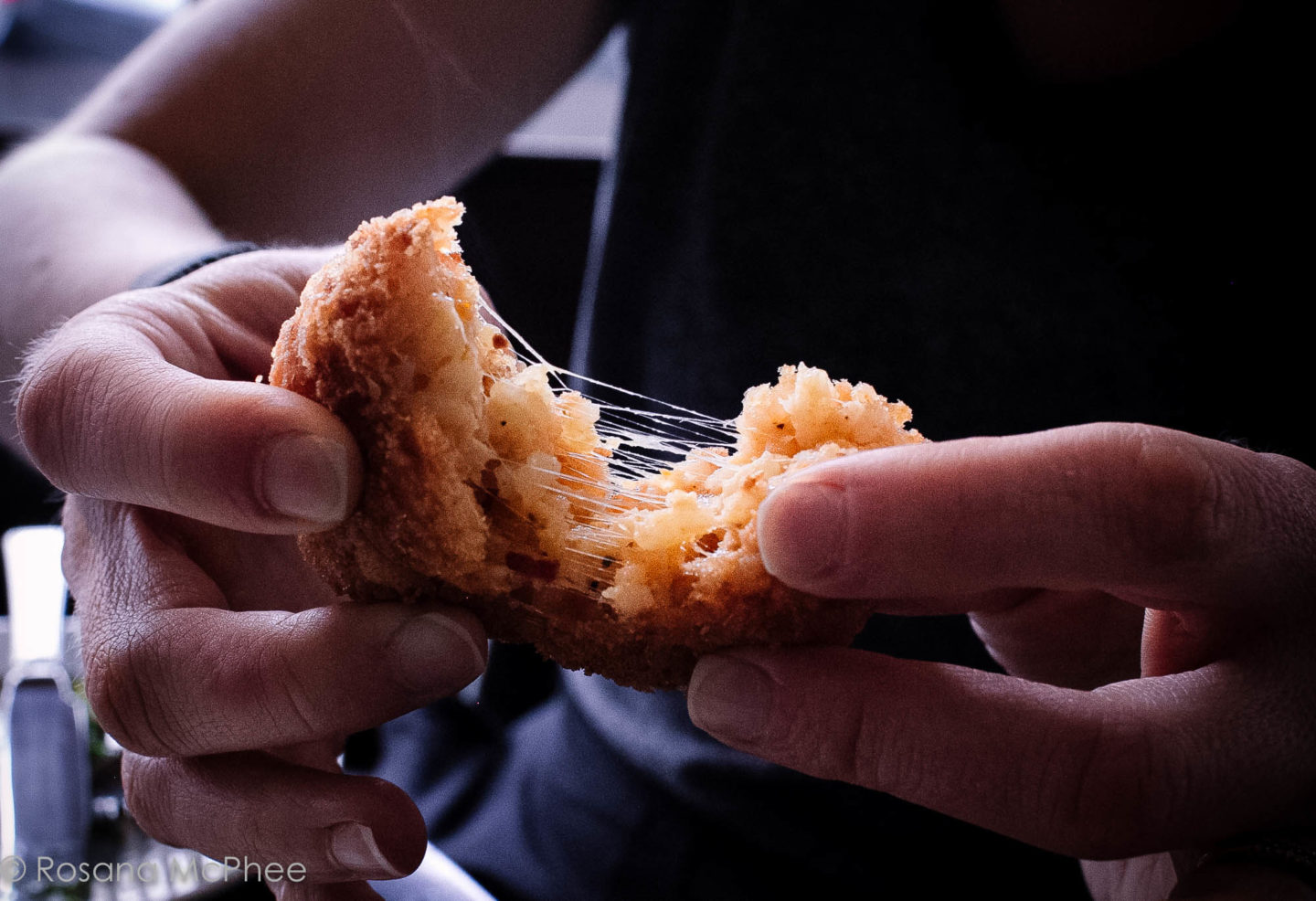 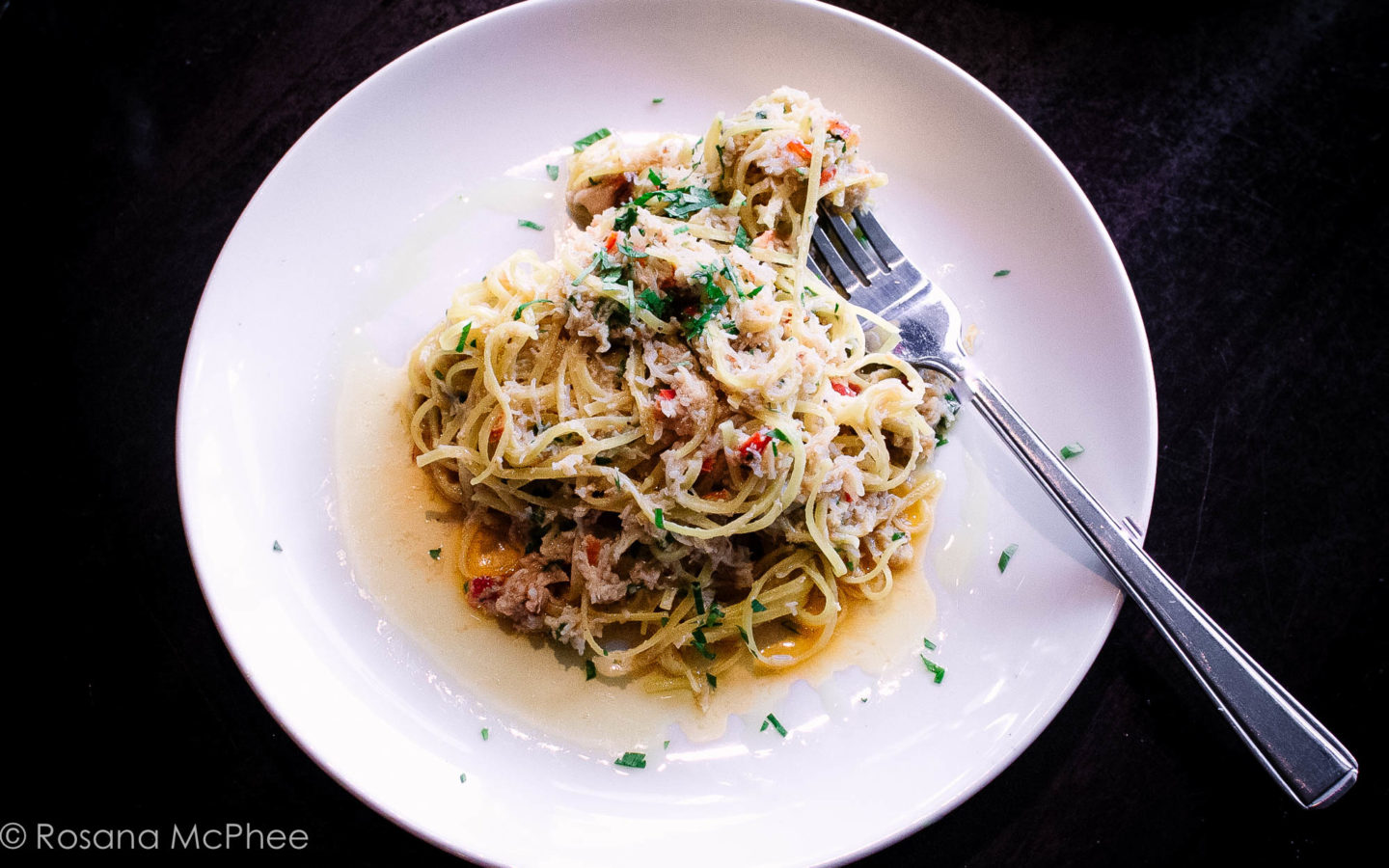 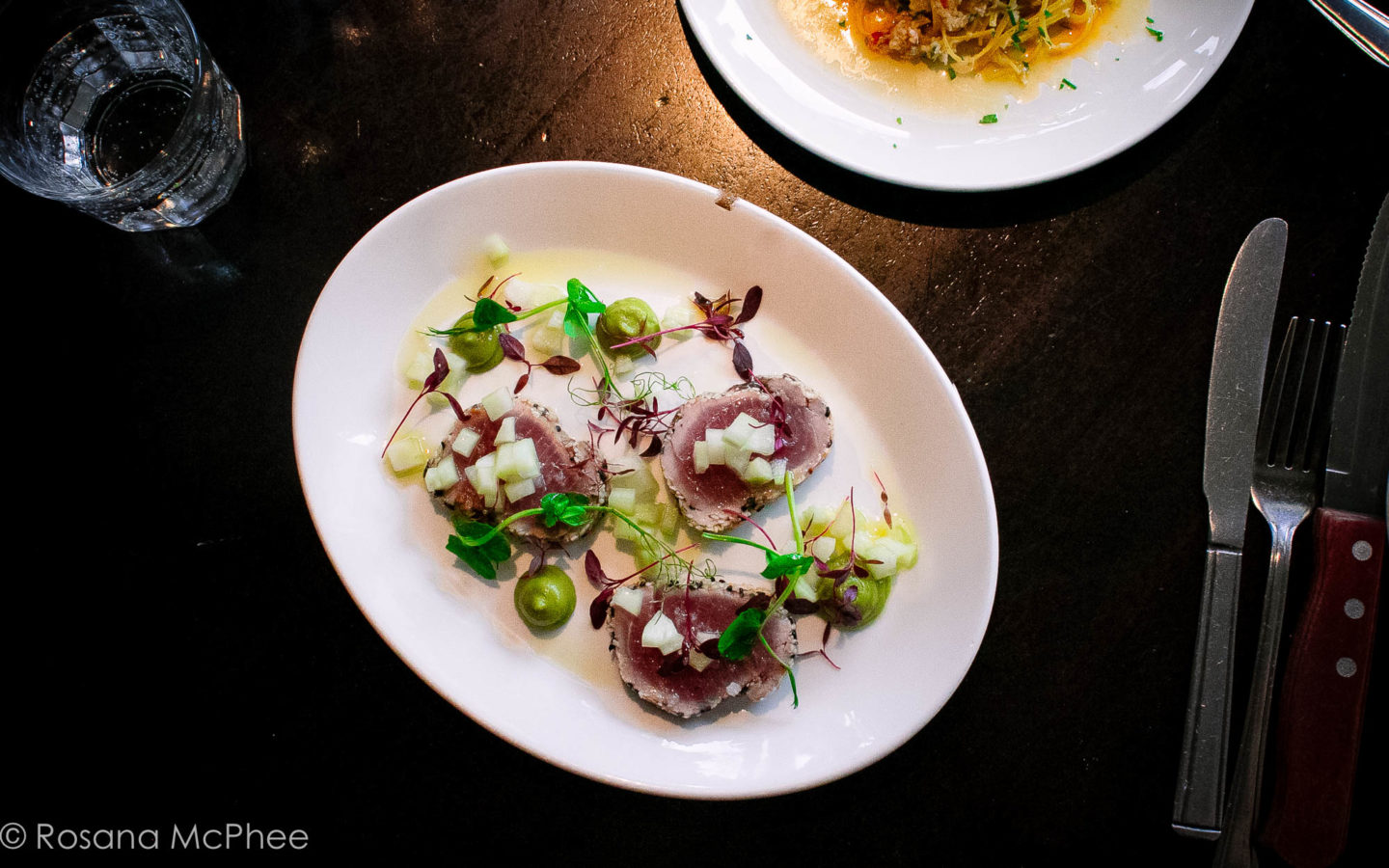 The starters were delightful and nicely portioned. The tuna was a work of art on a plate. It was fresh and delicious. The pasta had a beautiful mouthfeel and crab meat was plentiful.
The mains were very tasty, nicely plated and substantial portions too. 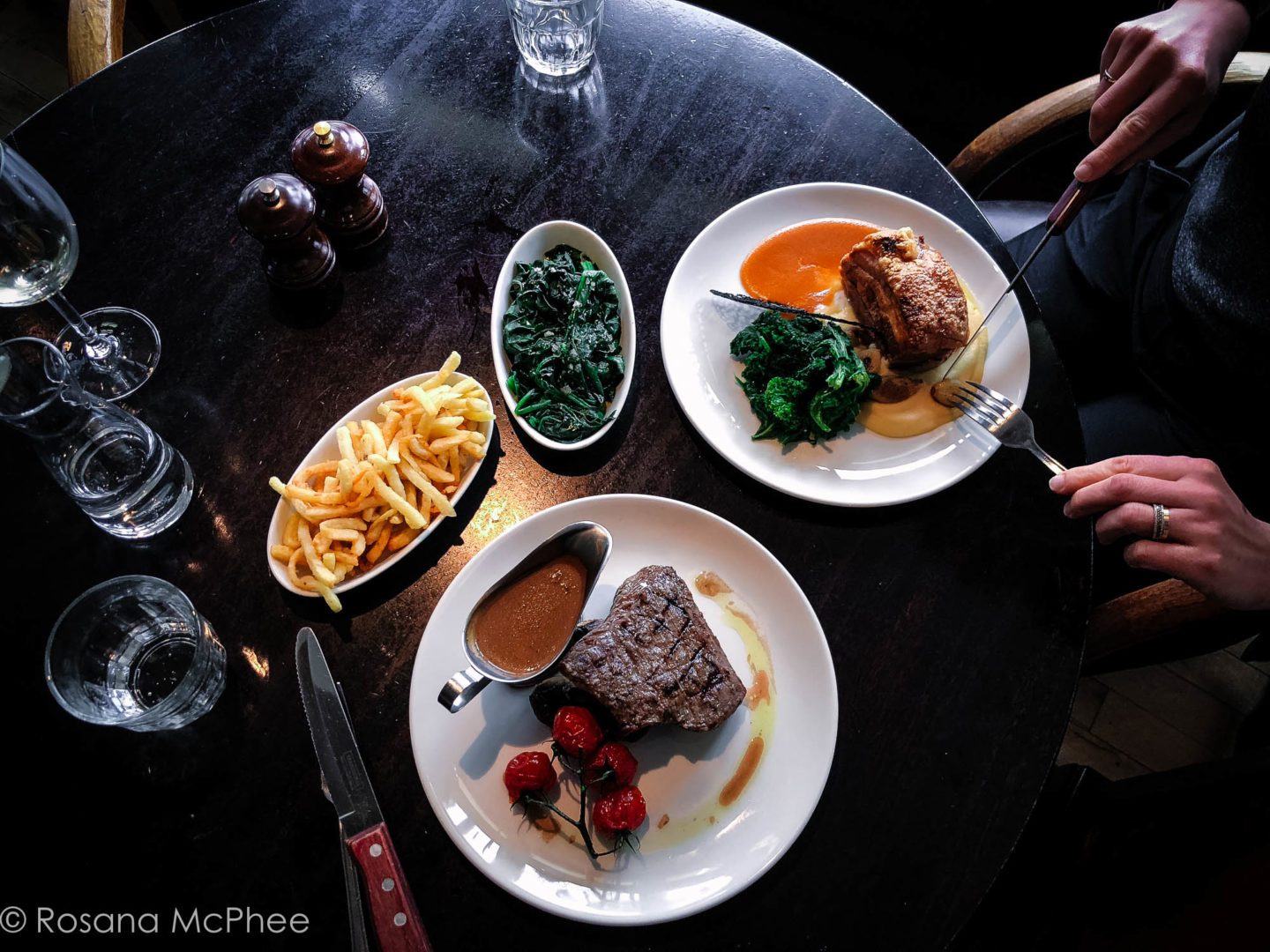 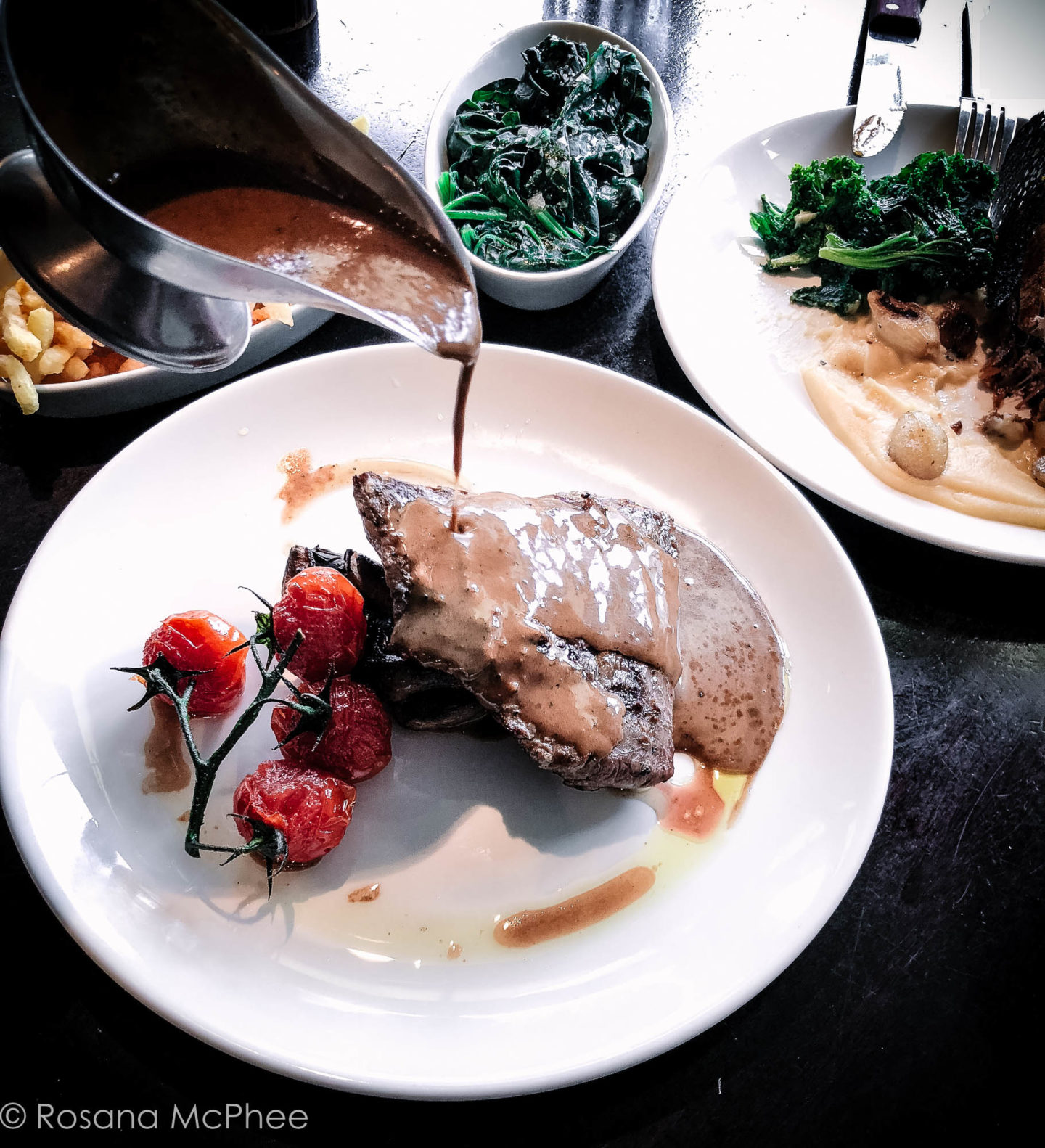 The tantalising roast pork belly, parsnip & apple purée, curly kale & caramelised silverskin onions – what a show stopper! It was crackled to perfection! Everything on the plate worked well together. 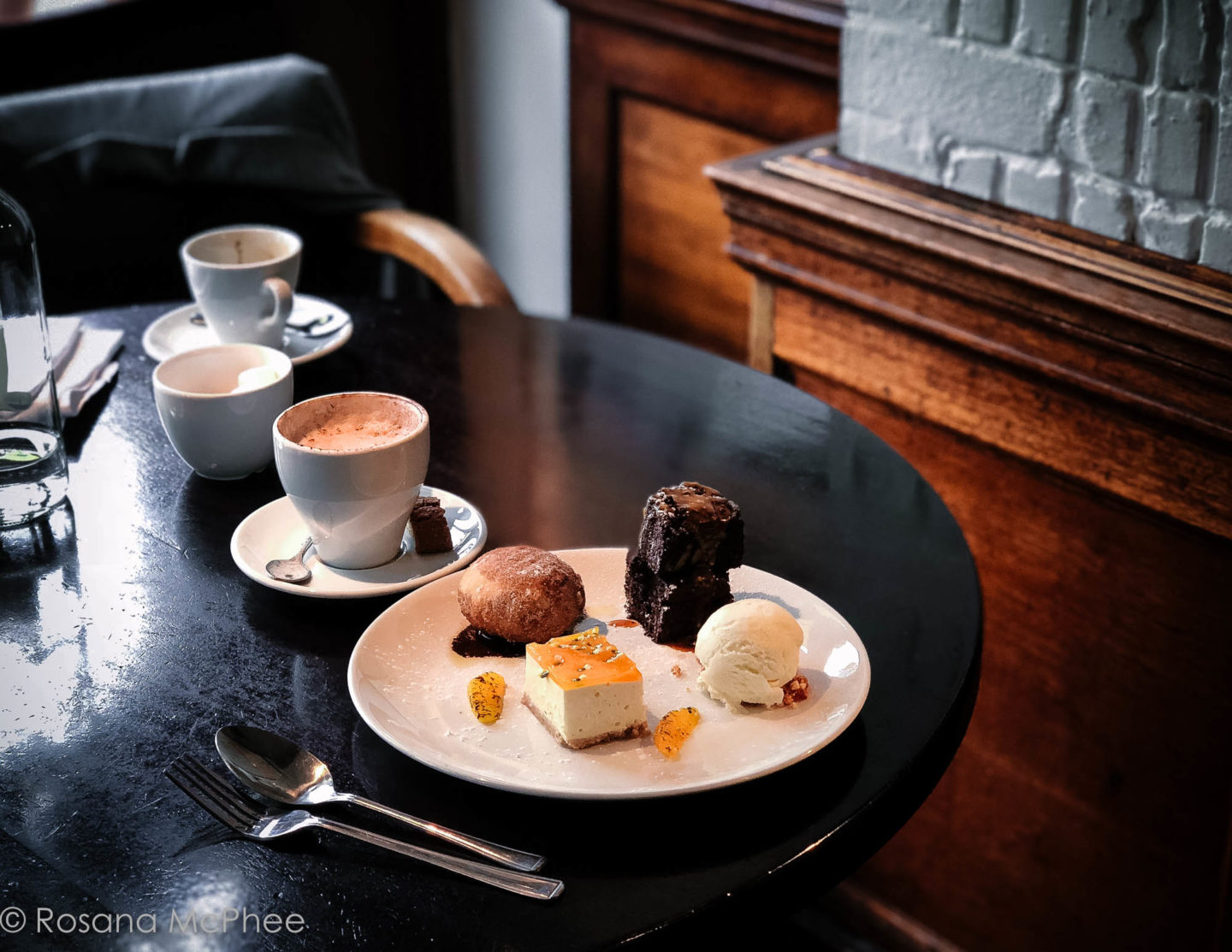 Joanna’s dessert plate is a bite-size selection of the dessert menu. It is an irresistible choice and if you can bear to share…

They also offer dessert cocktails and wines at very reasonable prices. I can’t wait to go back to try Joanna’s Hamburger packed with smoked bacon cheddar, club garnish and mayo, a best-seller on the menu since 1978! Highly recommended. 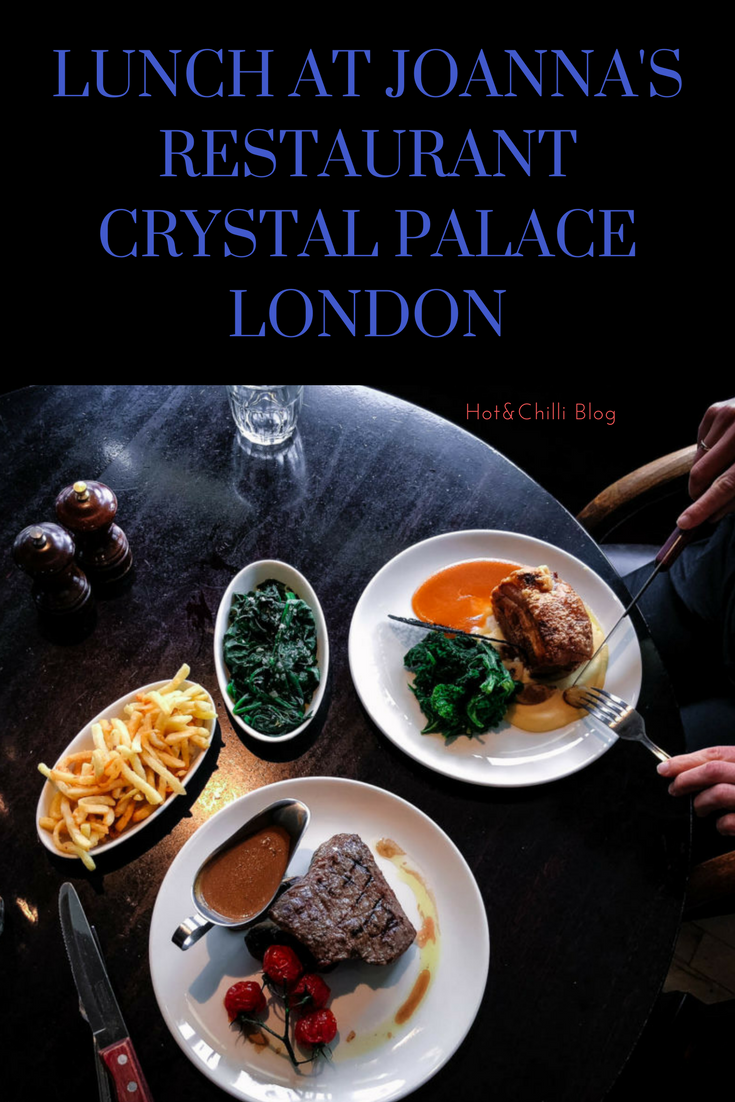 Disclosure: I was a guest of Joanna’s. All opinions are my own.